Pollonia or Apollonia is a picturesque fish village of 300 inhabitants, built around a pretty creek on the northeast edge of the island.

Pollonia is the island’s second port after the port of Adamantas. Possibly, it was named after the temple of Apollo that existed on the Lighthouse of Pelekouda (on the left side of the settlement).

The distance from Athamantas is 10 kilometres, and from Plaka 14 kiliometres. From there, there is transportation to Psathis which is the port of the neighboring island of Kimolos. Small boats, sea-taxisand ferry-boats transfer you from Pollonia to Kimolo within 30 minutes at the most.

This settlement has a beach with a rich seaside, many rooms to let and hotels, as well as plenty of taverns, restaurants and island cafes that stretch up to the church of Saint Paraskevi at the settlement’s right end. In the pier that lies in front of the church, you can find the fishing boats of the locals coming every morning packed with fish, octopuses and lobsters; from there also tour boats set out for the Cave of Papafragas and for Glaronisia.

On the left side of Pollonia lies the chapel of Saint Nikolas and Pelekouda which is a picturesque peninsula worth visiting as according to the tradition, the couple that sits on the small rock shaped as a chair that exists there, will be together forever.

Finally, on the way to Pollonia, you will find the ruins of the ancient city of Fylakopi as well as the beaches of Mytakas, Agios Konstantinos, Papafragas and Kapros , while leaving the village heading south, you will reach Theioryheia (sulphur mines). 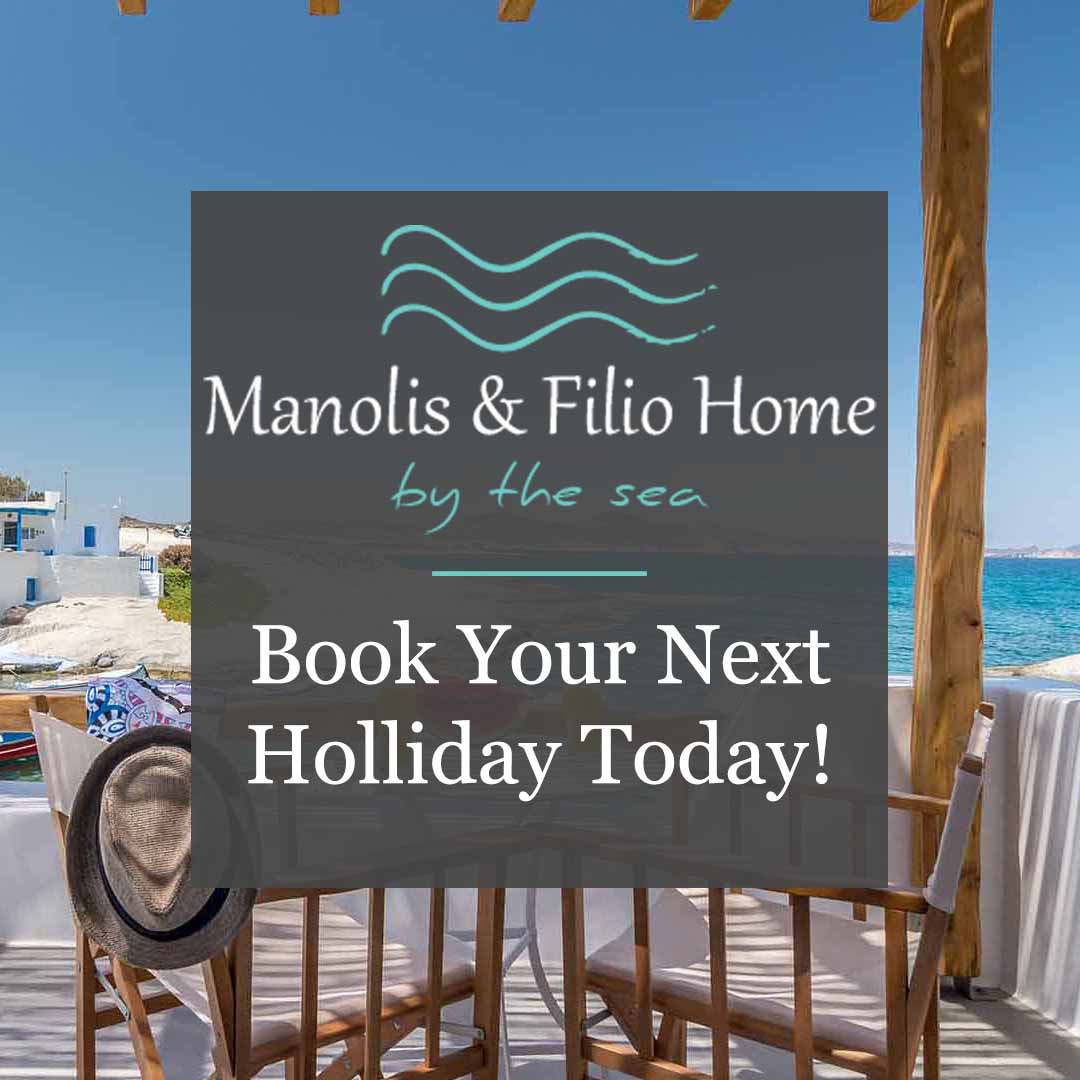 We're ready to book your next dream vacation. Send us your email and one of our agents will contact you!

This website uses cookies to improve your experience while you navigate through the website. Out of these cookies, the cookies that are categorized as necessary are stored on your browser as they are essential for the working of basic functionalities of the website. We also use third-party cookies that help us analyze and understand how you use this website. These cookies will be stored in your browser only with your consent. You also have the option to opt-out of these cookies. But opting out of some of these cookies may have an effect on your browsing experience.
Necessary Always Enabled
Necessary cookies are absolutely essential for the website to function properly. This category only includes cookies that ensures basic functionalities and security features of the website. These cookies do not store any personal information.
Non-necessary
Any cookies that may not be particularly necessary for the website to function and is used specifically to collect user personal data via analytics, ads, other embedded contents are termed as non-necessary cookies. It is mandatory to procure user consent prior to running these cookies on your website.
SAVE & ACCEPT